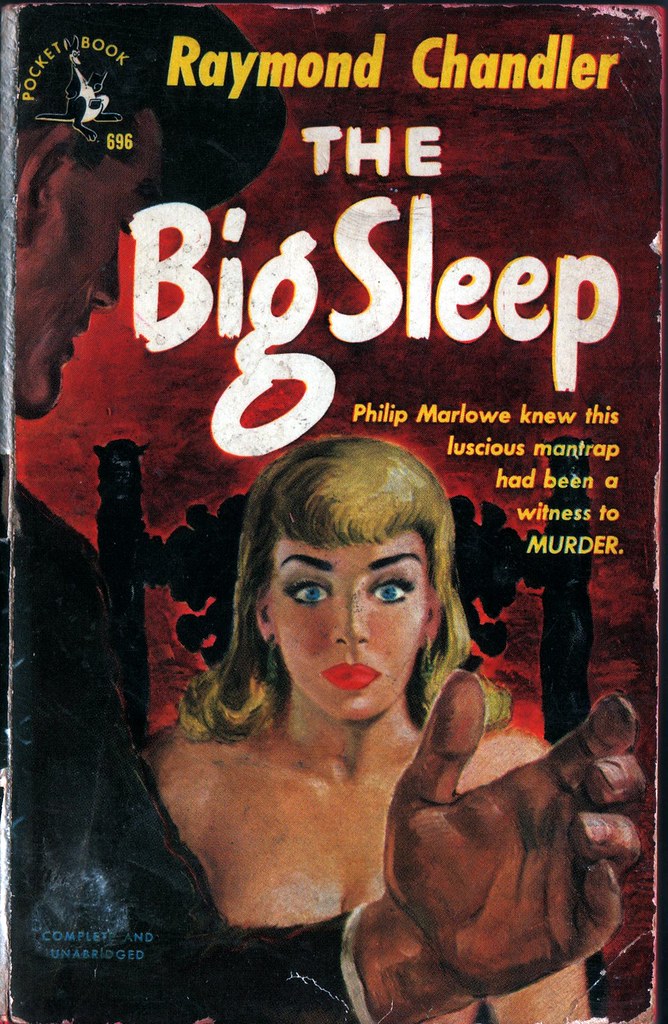 The Big Sleep is a hard-boiled detective novel written in 1939 by Raymond Chandler. The novel begins with Philip Marlowe, a private investigator, meeting a new client at his house. This new client turns out to be a rich, sick man, who hired him to take care of a blackmailing affair concerning his daughter, Carmen. Marlowe accepts, but before leaving the house, he is stopped by Vivian, the oldest daughter. She asks him if he’s been hired to find her husband, who disappeared a few weeks ago. He replies that he hasn’t. However, unbeknownst to Marlowe, he’s truly been hired to solve both situations. At the end of the story, Marlowe succeeds in untangling the two plots and solves both of them.

One of the most interesting things about this novel is that its plot was originally two distinct stories that Chandler had published in a pulp magazine. Many of his novels have been written using the same strategy, which he called “cannibalizing”. For The Big Sleep, Chandler cannibalized Killer In The Rain (see the picture below) and The Curtain. This forced mix between both stories explains why the two plots in the novel may originally seem unrelated.

I really liked this novel because it showed a very complicated universe. As a matter of fact, all the characters are neither good nor bad. They each have their faults, and seem to only be trying to get through the world they live in. Even police officers are extremely corrupted, and most of them will turn a blind eye to certain illegal activities for enough money. The main character, Philip Marlowe, is not immune to it, and he is portrayed as a deeply flawed man. I found it refreshing that the protagonist of the story was not necessarily a good person, but rather, he was just trying to survive in his world. 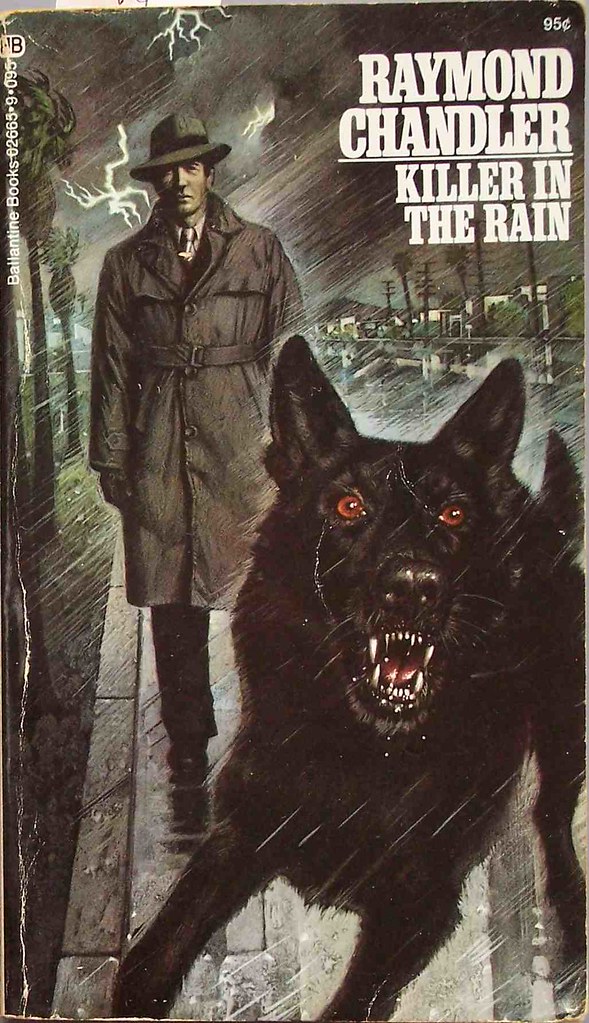 This novel was adapted multiple times for cinema. Its most famous version came out in 1946, and was directed by Howard Hawks. It starred Humphrey Boggart as Philip Marlowe, and Lauren Bacall as Vivian. The video below is its trailer.